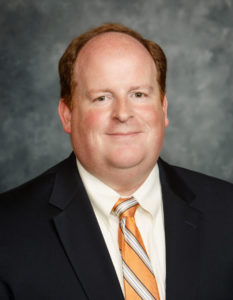 Attorney Aaron Martin, a shareholder in the law firm of Mette, Evans & Woodside based in Harrisburg, PA, successfully defended three clients against summary charges in a Bucks County trial held on January 21, 2021. All three clients were found not guilty of the charged offenses, making the result a rare “triple acquittal.”

Each client had been accused of conducting an illegal political protest on October 28, 2020 in the Borough of Doylestown. The non-violent protest had taken place at the height of the 2020 presidential campaign. Mr. Martin argued to the presiding judge that his clients could not be convicted under the ordinance they were accused of violating.  After a summary trial, the judge determined that the defendants had not violated the ordinance and found all three men not guilty.

Because the Constitution protects citizens against being placed in jeopardy twice for the same conduct, the Commonwealth of Pennsylvania is unable to take an appeal from the acquittals or file any new charges for the incident.

Mr. Martin maintains an active practice throughout Pennsylvania representing private citizens and businesses in the protection of legal and constitutional rights in civil, criminal and administrative proceedings.  He can be reached at admartin@mette.com or (717) 232-5000.