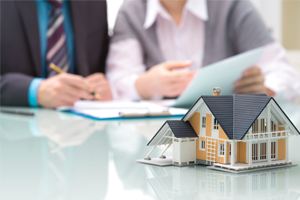 The first question decided by the court was whether the seller was liable for failing to deliver a Property Disclosure Statement, where the agreement included an “as is” clause. The second question was what constitutes “actual damages” as the term is used in the Real Estate Seller Disclosure Law (RESDL) to define a buyer’s remedy for breach of the statute.

The case involved the sale of a 165-year-old two-story, single-family home with barn, garage and greenhouse structures that had been used as a residence and as the site of the seller’s commercial plant nursery. Upon the advice of counsel, the seller did not provide a Seller’s Property Disclosure Statement, because the property was a commercial property, because the agreement was an “as is” sale and because seller claimed to be unaware of any property defects. The parties to the transaction were not represented by real estate brokers and the Agreement of Sale was not a Pennsylvania Association of Realtors® standard form.

That the property was partially used for a commercial purpose is of no consequence, given RESDL’s applicability to the sale of residential dwellings, which this sale included. The seller’s next position was that the “as is” clause was sufficient to put the buyer on notice that there may be liabilities attendant to the purchase and relieved the seller of the obligation to provide a Seller’s Property Disclosure Statement. This position was as easily disposed of as the first. RESDL states that “a signed and dated copy of the Property Disclosure Statement shall be delivered to buyer….” The court noted that “shall” generally imposes as a non-discretionary duty; hence, whatever the parties may have intended or agreed to, RESDL imposed a duty upon the seller to deliver a completed and signed disclosure statement and seller’s failure was a breach of that duty.

Lastly, with respect to seller’s liability, seller asserted that his good faith reliance on the advice of counsel established a defense. Counsel had apparently advised that no disclosure was required in a transaction with an “as is” agreement. Further, though the sale included a dwelling, counsel considered it to be a commercial property that did not require seller’s delivery of the disclosure form. This argument was also denied as the court again took note of the mandatory language of RESDL, and noted that the seller was unable to cite to a case holding that a mandatory disclosure can be negated by the advice of counsel.

The next major issue considered by the court was what was meant by “actual damages” as that term is used in RESDL. At trial, evidence was submitted that the expected cost to repair the property was about $60,000. But an appraiser also testified that the value of the property at the time of purchase was about $125,000 less than what it would have been had it been in average condition.

The buyer argued that the proper calculation of “actual damages” should include the reduction in property value as well as other consequential damages, but the trial court awarded based solely on the anticipated cost of repairs.

The Superior Court undertook lengthy analysis of the term “actual damages” as used in, but not defined by, RESDL. In doing so, the court noted that no Pennsylvania case has defined “actual damages.” Without clear precedent, the Superior Court dug into the legislative history of RESDL to determine its intent. Deferring to its recognition of RESDLs “protective purpose” and considering the measure of property damages in other types of cases, the Superior Court concluded that “actual damages” as used in RESDL “may be determined by the repair costs, capped by the market value of the property.” It thus upheld the trial court’s approach to damages, though the case was remanded because of some technical questions as to exactly how that number was determined.

In this case, there was no evidence to suggest the property was not repairable. Other cases have suggested that when property is not repairable then the difference-in-value damages are appropriate.