Vituperativeness: Is There Ever a Reason? 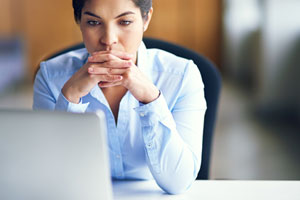 My wife and I were recently sharing a farewell dinner with a couple moving from the mid-state. Their home was sold and packed. They were letting down their hair after a week that was particularly demanding, both physically and mentally.

The wife of this couple, Betsy (not her real name) had called me a month earlier about their buyers’ demand to visit the house with a contractor to take measurements and make observations. The buyers’ agent claimed that this was one of two pre-settlement walk-through inspections to which the buyers were entitled. “Pre-settlement walk-through” is not defined in the agreement, but we know its purpose is to enable the buyer to assure that all conditions prerequisite to closing have been satisfied. Whether this was such a walk-through is not so important to this article and, in fact, Betsy would ordinarily have permitted it without a blink. The problem was that her parents were visiting from out of town on the day the buyers were demanding access for their entourage, and Betsy’s mother was recently found to be in the early stages of Alzheimer’s. Betsy’s adult children were in town and it just wasn’t a good time to have strangers bumping about the property. So, Betsy tried to put her foot down.

Ultimately the standoff was resolved and the buyers came through the property as they desired and Betsy’s angst was short-lived. The problem, and the point of this article, involves the communication between the buyers’ agent, demanding the visit, and the listing agent who was trying to guard her clients. Because the property is located in my neck of the woods, I knew both salespersons. I believed both to have sterling reputations and the buyers’ agent is on my short list of agents to whom I would gladly refer business and about whom I have given glowing reports.

Though the standoff between the buyers and sellers was brief, a few emails were lobbed from buyers’ agent to listing agent and back. Betsy was particularly distressed to read an email from the buyers’ agent that her agent forwarded it to Betsy. It referred to Betsy in rather unflattering terms. Had I been the listing agent I would not have forwarded it to my client, but would have passed along the relevant part of the message. No transaction benefits from high emotion and Betsy went off the rails upon reading the email.

By the time Betsy and her husband were sharing this story over our farewell dinner, she probably had repeated the same complaint to countless others; and I am sure she referenced the buyers’ agent by name. In a business, largely based on word-of-mouth, I can’t imagine how deleterious it is to have stories like this repeated.

By contrast, I recently defended a broker in an ethics proceeding brought by a consumer. The broker was not specifically involved in the transaction, but had provided advice to one of his agents who was representing the buyer. This broker, too, has a sterling reputation. I have never known him to be other than a gentleman in his comportment, dress and communication.

To properly defend him I asked and received all of his email exchanges with his agent. By contrast to the bomb Betsy received, this broker’s emails were thoughtful and considerate to the point where the introduction of his file would cast him in a good light, regardless of the relevance of the email to the issues at hand.

My immediate thought when reading his email was to contrast his approach to that involving Betsy’s situation. In fact, I talked to this broker about the contrast and how impressed I was that he was thoughtful and articulate in his email. He told me that he always made a point of doing so and always avoided invectives, vituperatives, and other euphemisms for insulting and abusive language. Fittingly, this is a man who always wears a suit and who at all times comports himself as a businessman, respectful of his colleagues, clients and adversaries.

There are other reasons for maintaining decorum in your communications. When defending brokers and agents, my first request is for a complete copy of all files including notes and email. I require the production of the same from adversaries through rules of court that require production of documents. Cases are won and lost on a judge’s and/or jury’s assessment of a plaintiff’s and defendant’s written communication. When a jury dislikes a party it is hard to overcome the prejudice. But even a party who’s made a critical error will garner sympathy from gentlemanly and gentlewomanly behavior. Save your invectives for private moments. Draft your written communications as though you will be judged by it.