The Effect of the DOMA Decision on Estate Planning in Pennsylvania 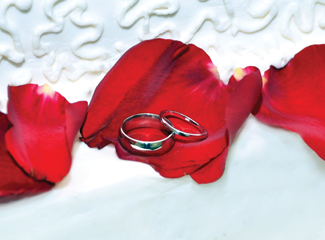 Recently, the United States Supreme Court declared that the federal government must honor a state’s decision giving same-sex couples the right to marry and that not recognizing such marriages was a violation of basic due process and equal protection principles of the married same-sex couples. In the case of United States v. Windsor, the Court declared unconstitutional key provisions of the Defense of Marriage Act (DOMA). Enacted in 1996, DOMA defines “marriage” for purposes of federal law as a legal union only between a man and a woman as husband and wife.

The Windsor case arose when the surviving spouse of a same-sex married couple in New York state was denied an estate tax benefit that was available to opposite sex couples. At the time the spouse died New York had already passed legislation recognizing same-sex marriages; nevertheless the Internal Revenue Service followed DOMA and did not recognize their marriage. This resulted in a $363,053 tax bill to the surviving spouse who then filed suit in federal court arguing that DOMA, in excluding same-sex spouses from the definition of marriage, deprived her of her constitutional right to equal protection. The Supreme Court agreed and held that this section of DOMA is unconstitutional. As a result, the federal government is prohibited from placing any classification on the recognition of marriages – leaving the question of whether same-sex couples can marry to the states.

Although this was a victory for equal marriage rights advocates, Pennsylvania also has a defense of marriage law dating back to 1996 that defines marriage as between a man and a woman (23 Pa.C.S 1704). Essentially, Pennsylvania doesn’t recognize same-sex marriages even if they take place in states where these marriages are legal. Accordingly, state benefits for Pennsylvania residents are not affected by the Windsor decision. Yet the decision leaves several unanswered questions: How will this decision affect eligibility for federal benefits of same-sex couples who were legally married in one state but now live in a state that does not recognize same-sex marriage, such as Pennsylvania? Will Pennsylvania’s non-recognition of same-sex marriages impact the availability of federal benefits?

For now, the answer is an unsatisfying one: Much will depend on the particular federal agency providing benefits. If the agency evaluates benefits eligibility based upon the laws of the state of residence, then a same-sex married couple married in another state but residing in Pennsylvania would not be considered married. However, if the agency determines eligibility based upon the laws of the state where the marriage took place, then the couple would likely be eligible for married benefits. The place of residence standard is followed by the Internal Revenue Service, the Social Security Administration and the Department of Veteran’s Affairs, but there is no federal rule requiring federal agencies to use one method over the other. Since Pennsylvania doesn’t recognize same-sex marriages, agencies such as the Social Security Administration or the IRS may not recognize same-sex marriages performed in states (or in Washington, D.C.) where they are permitted if those couples eventually become Pennsylvania residents. The result is a mess that is going to have to be fixed either by Congress via legislation, President Obama via regulation, or by the courts through civil lawsuits.

Given the importance of this issue and the many unanswered questions the Windsor case has raised, a lot of discussion on this topic will be generated in the ensuing months. For now, however, the only way for same-sex couples in Pennsylvania to ensure that their loved ones will be protected and their plans will be carried out is to put a solid estate plan in place. The estate planning attorneys at Mette, Evans & Woodside are available to help nontraditional couples in Pennsylvania create an estate plan that follows their wishes, taking into account the legal relationship between the evolving state and federal law on these issues.