The Advantages of Business Entity Conversions 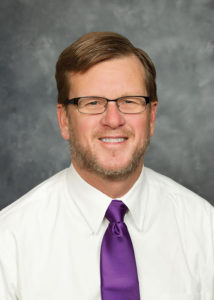 Since July 1, 2015, Pennsylvania businesses have been able to convert from one form to another, with a few simple steps.  Before 2015, a business entity that wanted to change its form (such as a general partnership to a limited liability company (LLC)) would have either needed to undergo a complicated merger process or would have had to transfer assets. The owners would form a new entity, and the existing entity would either merge into the new entity or transfer its assets to the new entity.  The process was time-consuming, document-intensive, expensive, and, in some circumstances, had unwanted tax consequences. Catching up with several other states, Pennsylvania enacted the Entity Transactions Law on October 22, 2014, which became effective on July 1, 2015, and provided the authority for an entity to change its type simply by following the procedures outlined in the law.

So, why convert?  Two good reasons include protection from liability and simplicity of management.  In the past, organizers of business ventures commonly formed as general partnerships.  Unfortunately, the partners were individually liable for the obligations of the partnership.  Initially, organizing corporations was the answer to protection from individual liability, but Pennsylvania law imposes management formalities on corporations.  Failing to observe such formalities as electing a board of directors, holding annual meetings, and distributing annual financial statements can be a basis for the corporation’s creditors to “pierce the corporate veil” and void the liability protection.  To avoid paying a capital stock tax (no longer imposed) based on the value of an entity’s real estate assets, other organizers formed limited partnerships, which require the existence of at least one general partner that is liable for the partnership’s obligations and which often takes the form of a separate entity.

Conversion provides a solution. Whether existing as a general partnership, a corporation or a limited partnership, an entity can become a limited liability company with the approval of the entity’s owners and managers, simply by filing a document with the Pennsylvania Department of State.  For obligations incurred after the conversion, owners who were general partners have no more individual exposure for the entity’s liabilities. Governance formalities are limited to the ones which the owners choose. The property and liabilities of the old entity automatically become those of the new entity (no new deed is required for real estate, just the recording of a copy of the conversion documents).  After consulting with its tax advisor, an entity may often significantly benefit from converting as well.

The attorneys at Mette, Evans and Woodside are available to assist you with and lead you through the conversion process.